I began testing a simple threads example. But, I had a little problems:

Here is the solution.

First, I began testing a simple thread example in C++.  The code is the follow:

The first problem was the pre-processor. It didn’t recognize the “thread” class and the IDE Eclipse Kepler showed an error on the line:

I found the solution in page, and I followed the instructions: 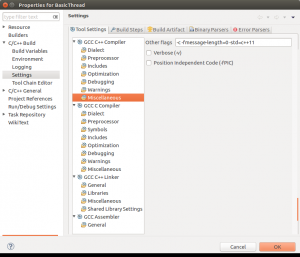 This answer solved that problem. But, when I “Build Project”, the console showed an error like the following:

I found several solutions in the Internet, but none solved my problem. When I was desperate this page appears and it solved the problem.  I updated the solution to Eclipse Kepler. 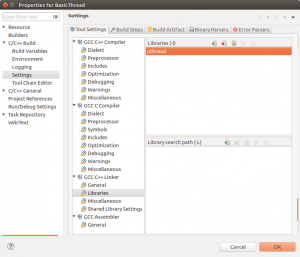 I “Clean Project” and “Build Project” again, and the console showed the follow:

You can look at the final flag on compiler invocation. It solved the problem.